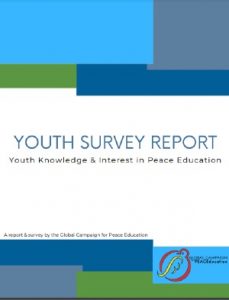 In April 2021, the Global Campaign for Peace Education (GCPE) conducted a youth-focused survey to better understand awareness of and interest in peace and social justice education among high-school and college-age youth. This report is the result of the Global Campaign’s findings and analysis. Ultimately, GCPE hopes that this report will provide insight into youth awareness of and interest in peace education in an attempt to increase youth engagement.

The Youth Survey on Peace and Social Justice Education was conducted by the Global Campaign for Peace Education Youth Team, composed primarily of students in the Justice and Peace Studies Program at Georgetown University. Team members include: Keaton Nara, Caelan Johnston, Maude Peters, Heather Huang, and Gabby Smiley. The report and analysis was supervised by Micaela Segal de la Garza, Program Manager, and Tony Jenkins, Coordinator of the Global Campaign for Peace Education.

The Global Campaign for Peace Education Youth Team is following up with survey respondents to explore the development of a peace education youth network.

Key findings and recommendations are reproduced below.  For additional details and analysis, download the complete report.

The GCPE has a particular interest in students being able to advocate for their own curriculum and education. Youth inclusion in decision making is of the utmost importance, which is why respondents were asked about their interest in learning skills to advocate for peace education in their schools and communities. In general, respondents demonstrated high levels of interest in learning peace education advocacy skills with the average response across groups being 3.6 with 5 being the highest level of interest. These trends are demonstrated in the below graph: 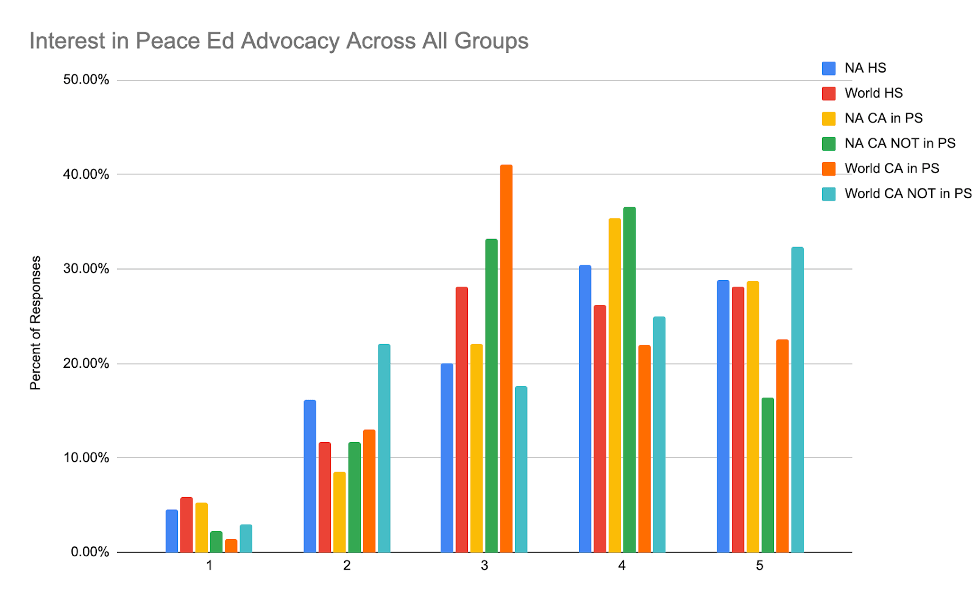