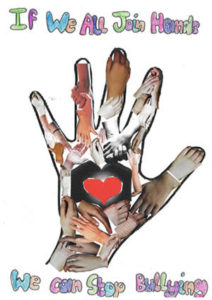 UN Secretary-General Ban Ki-moon provided a succinct solution on how to create a Culture of Peace: “I have a simple, one-word answer,” he said: “education.”

To help address this gaping need, on International Day of Peace, September 21, 2012, the National Peace Academy unveiled a free, comprehensive, on-line peace education curriculum designed by Tony and Tiffany Jenkins. This offering provides programs for everyone–children to adults–and is adaptable to all environments–schools, communities and businesses. This was timely as October was National Anti-Bullying Awareness month in the U.S., which followed the U.S. Department of Education’s third annual Federal Partners in Bullying Prevention Summit in August. The summit highlighted the epidemic proportions of bullying and continues to strive to identify and address the overwhelming complexity of bullying behaviors by expanding educational programs to lessen, and in time, alleviate these prevailing, often life-threatening concerns. Progress over the past three years is evidenced in the more comprehensive understanding of the structural forms of bullying: how pervasive this behavior is not only in schools, but also in government, communities and in the workplace. This knowledge underscores the value of the National Peace Academy’s curriculum, which offers peace pedagogy for every sphere: personal, social, political, institutional and ecological.

The statistical information on the severity of this problem in our schools–which is effecting over thirteen million children–is available on the newly instituted Congressional Anti-Bullying Caucus’s website.  This site confirms what most of the bullying research identifies: One of the most challenging tasks we have in creating positive, caring school cultures is in establishing programs capable of transforming the more passive acts of violence demonstrated in bullying behavior.

Mohandas Karamchand Gandhi understood the potential harm in overlooked and concealed behaviors and distinguished between active and passive acts of violence. This broader view provides a fuller understanding of all forms of aggressive acts, and resists the proclivity to perceive passive acts of violence as something other than violent. The tendency to ignore passive acts of violence is, in part, responsible for the reluctance by some parents, educators and adults to fully understand the range of aggression inherent in bullying.  Passive acts of violence are acts of exclusion, omission and silence.  These types of behaviors are passive-aggressive and hard to identify; they may not injure the body, but they scar the soul.  As Arun Gandhi, Gandhi’s grandson, explains, we generally deny our own violence because “we are conditioned to look at violence in only its physical manifestation–war, fighting, killing, beatings, rapes–where we use physical force.  We do not consider, however, oppression in all its forms–name-calling, teasing insulting, disrespectful behavior–as passive forms of violence” to which I would add cyber-bullying, shaming and all forms of isolation.

Critical to understanding the natural trajectory in which violence escalates is to comprehend what happens when passive acts of violence trigger active forms of violence, unleashing devastating outcomes physically, emotionally, and psychologically. When one is silenced through passive acts of violence, there is little recourse except to absorb the anger and pain, which frequently leads to depression and possible suicide; or, to express this anger in an extremely violent fashion. To best explain the relationship between passive and active acts of violence, Arun Gandhi equates their relationship as similar to gasoline and fire.  Acts of passive violence often generate anger in the victim, which fuels the fire of physical violence.

Knowing this, what can we as concerned adults do to alter this devastating situation? How do we address those skillfully hidden, challenging forms of passive violence that elude teachers and parents? How do we transform those passive acts of cruelty that slam students on the Internet and crush them through the hurtful whispers in the hallway? How do we heal the bullies without shaming and ostracizing them? How do we inspire kind and thoughtful behavior?  We do it in the very way UN Secretary-General Ban Ki-moon said: We educate for peace.

To further support the need for peace education as integral to our national and global movements to remedy bullying in our schools and communities, I would like to offer a glimpse into my recent research identifying effective anti-bullying strategies in middle and high schools. (At this time it may be true that bullying is not widely discussed outside the U.S., yet bullying concerns are global in scope and research continues to be published on the systemic issues of bullying throughout the world.)

My aim in the beginning of the research was to gage the efficacy of out-sourced bullying programs brought into schools for a short time (one day to two-weeks). To collect the necessary data, I did three things. First, I observed the program while the students participated; next, I conducted post-surveys one month following the program; finally, I performed a second survey four months following the program to record sustained levels of change within the individual students as well as the school community. The results were not surprising.  In the beginning, the first weeks and month, most students acknowledged positive change in both their actions toward others and their peers’ behavior toward them.  Four months out, however, more than half the students surveyed reported a decline in the level of kindness and community cohesion, and the students who acknowledged being a target or bystander felt things had not significantly improved. 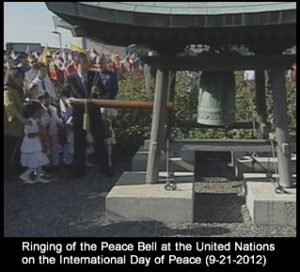 It is important to note there are exceptional programs for bullying: Facing History and Ourselves’ Bullying: A Case in Ostracism and Bully; Teaching Tolerance’s Bullied: A Student, a School and a Case That Made History; Challenge Day; The Anti-Defamation Leagues’ Names Can Really Hurt Us; Pacer’s National Bullying Prevention Center’sUnity Day; and Roots of Empathy, to identify a small sampling. While these are excellent additions to anti-bullying efforts, the challenge remain–how does a school ensure the anti-bullying breakthroughs in both understanding and behavior continue and evolve?  Unless schools maintain on-going anti-bullying curricula, recall diminishes, which, as my research confirmed, was a serious hindrance to the overall benefits of these programs. Narrative responses in the four-month survey revealed the majority of students could still articulate the overall theme of the bullying program, but, sadly, very few were able to accurately remember the specific steps and the procedures learned in these programs to replicate them in any meaningful way that would provide lasting change in their lives and school.

These disappointing findings led me to the following question: “What if these programs were implemented in schools with ongoing mandated, or at the very least, infused peace education curricula? Would there be significantly different outcomes in school climate and bullying concerns in these educational environments?”  To further this investigation, I located a high school with a mandated peace and social justice program and was generously granted permission to conduct a lengthy, reflective survey at the end of their class on Finals Week. To begin, the students were asked the question: “Do you think having a class in peace and social justice in all high schools would help to address and heal the growing incidence of bullying and school violence among teenagers?”

Most movingly, though, were the additional written answers each student shared concerning their perceived understanding of the inherent benefits in offering peace education to all schools as a method for mitigating violence and bullying. Here are a few responses:

“Yes, teach it from kindergarten to high school. Start teaching them peace when they’re very young.”

“Absolutely, I learned about many social justice issues I’d never even knew existed. Having social justice teachings in every school will spread awareness and promote action among adolescence [sic] who will be our future leaders.”

“If teenagers are helping others, they will not be hurting anyone.”

“Once you see the bigger picture, you get over the smaller things more easily. It also allows people to unite, for we all want peace.”

“You can only break the cycle of bullying and violence if everyone is willing to break it.”

“This course has really taught me to have a global view and really think outside the box. I’ve learned so much about myself through this course, and I will be able to take so much with me that will aid me through the rest of my life. The apathy of young adults is a big problem as well, so perhaps the first step in remedying bullying is reacting a core/concern for others and fostering a respect for the dignity of every person.”

Inspiring words from our future generation of leaders. And it gets better.  The research revealed additional benefits from mandated peace education. Imagine this, not only would national and global peace education create compassionate school climates, it would also expand those pro-social behaviors out into the world. How do I know? When the same students were asked: “Do you think you will continue to work for justice and peace after you graduate?” 88% said, “Yes.”

One student’s response captured the sentiment of her classmates: “I want to DO the change everyone just talks about.”

Peace education not only addresses our national and international epidemic of bullying, it also creates a future generation literate in the ways of right relationship, firmly engaged in social action and invested in a compassionate worldview they believe is both attainable and sustainable.

Lisa Worth Huber, Ph.D. is the Academic Director of the Master of Arts in Conflict Transformation at The Graduate Institute. She is a peace educator, teaching artist, storyteller and a participatory action researcher with a focus on empathy development. Currently, Lisa is on the Board of Directors of the National Peace Academy and the Launch Team for the Global Sustainability Fellows program.

Report of the Interdepartmental Encounter of Education for Peace in the Southern Region of Colombia (Florencia, Caquetá) from November 16-17, 2017. [continue reading…]

Saving the U.S. Institute of Peace: An Essential Investment in Peace Education in Uncertain Economic Times