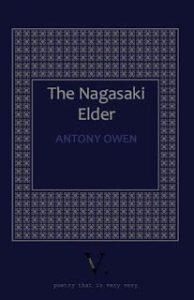 After World War II ended for most people the war inside for survivors both physically and mentally scarred from the atomic bombings had just begun. “The Nagasaki Elder” is a poignantly vivid account of the suffering endured by civilians caught up in both the immediate and long term aftermath of the atomic bombings on Japan. Inspired both by years of research and also testimonies recorded of atomic bomb survivors in Hiroshima Owen brings an original, rare and much needed account from a western perspective of a tragic eastern experience of conflict. Set in two parts The Nagasaki Elder shifts from World War II to present day exploring the harrowing and brutal consequences of bombings in all their nefarious forms on civilians.

This is an essential poetry collection for peace educators and is available to order now at V.Press.

Helping Educate a Country to be Great

The letter from Helen Young is a response to “Plowshares and Pandemics,” an earlier article in our Corona Connections series that highlighted Helen’s film, “The Nuns the Priests and the Bombs.” Helen illuminates the great difference in scale of the consequent damage and the long-term effects inherent in the existential threats of nuclear weapons in comparison to COVID-19. [continue reading…]

Links Between the Military and the Environment

Facts you didn’t know about the link between the military and the environment.  #cop21 #DisarmForOurPlanet.  For more information visit the International Peace Bureau.               [continue reading…]