“An unwavering commitment”: from Articulation to Action for Peace

States and interstate organizations are prone to address problems by issuing grand statements.  The joint statement below is well worth the reading by peace educators as a basis of an inquiry on the integral relationship of the human rights of women to the achievement of just and stable peace. It might be used, as well, to facilitate an assessment of the practical possibilities for the fulfillment of the “unwavering commitment” of those who issued this statement.

What would it take for states to actually support victims and end impunity? What is the likelihood that the specific steps this statement advocates will be the basis of organized and fully funded policy action? What might it take from civil society to move states to make and carry out such policy? What learning might be necessary for civil society to succeed in the endeavor? Most significantly, how might such policies be factored into an intentional transition to the just and sustainable to peace to which states also have articulated a commitment.

For decades women peace advocates have vociferously lamented the sexual violence that is integral to armed conflict. As Cora Weiss has often remarked, “You can’t stop the rape as the war goes on.” Sexual violence is an intentional strategy of war. The misogynist cultural roots referenced here are widely acknowledged. But little attention has been given to the global security system which enacts the culture, a product of the patriarchy that pervades most human societies and institutions.

At an NGO session on the topic, decades past, I offered some of the following observations that I am compelled to repeat as we consider this statement, requesting that peace educators and the learners they guide consider and assess the following assertions: 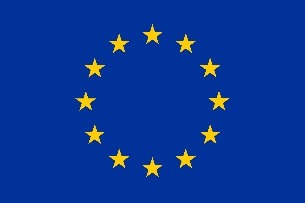 On the International Day for the Elimination of Sexual Violence in Conflict, the United Nations and the European Union join their voices to call on the international community to accelerate its efforts to eradicate conflict-related sexual violence, and to save succeeding generations from this scourge.

Our message is clear: it is time to move beyond reactive approaches and address the underlying causes and invisible drivers of sexual violence, such as gender-based discrimination, inequality, and exclusion, as well as harmful social norms related to honour, shame, and blaming victims.

We are deeply shocked by the impact of the war in Ukraine on the lives of civilians, and gravely concerned about the harrowing personal testimonies and mounting allegations of sexual violence. We strongly condemn such crimes and call for an immediate end to the violence. Armed conflict and mass displacement heighten the risks of all forms of sexual violence, as well as trafficking in persons for the purpose of sexual exploitation, which affects women and girls disproportionately, and preys upon those seeking refuge from war.

We have also seen over the past year increased militarization, including an epidemic of coups and military takeovers, from Afghanistan, to Guinea, Mali, Myanmar, and elsewhere, which have turned back the clock on women’s rights. Even as new crises escalate, wars have not ceased elsewhere, including in the Central African Republic, the Democratic Republic of the Congo, Somalia, South Sudan, Syria or Yemen. They are marked by alarming levels of conflict-related sexual violence used as a tactic of war and terror, a tool of political repression and a form of intimidation and reprisal against frontline actors and activists. It is critical to foster a protective environment that deters and prevents sexual violence in the first instance and enables safe reporting and adequate response. Prevention is the best form of protection, including the prevention of conflict itself.

It is imperative to foster the resilience of individuals and communities at risk to help them withstand economic and security shocks and to engage strategically with State and non-State actors to ensure compliance with international norms and standards. This must include the adoption of precautionary and preventive measures in line with International Humanitarian Law, to spare civilian populations, their property, and essential civilian infrastructure, including healthcare facilities, from attack.

Targeted action to enhance prevention is urgently needed, through political and diplomatic engagements to address sexual violence in ceasefire and peace agreements; the use of early-warning indicators of sexual violence to inform monitoring, threat analysis, and early response; curtailing the flow of small arms and light weapons; gender-responsive justice and security sector reform, including vetting, training, codes of conduct, zero-tolerance policies, gender balance, and effective oversight and accountability; and amplifying the voices of survivors and affected communities, including by supporting defenders of women’s human rights, and civil society organizations.

On this day, we stand united in our unwavering commitment to support survivors and to end impunity for the perpetrators. We must ensure that they are not forgotten in a climate of intersecting crises, including the global pandemic recovery, and constrained resources. We must ensure that international law is not an empty promise. Prosecution can help to convert the centuries-old culture of impunity for these crimes into a culture of deterrence. Survivors must be seen by their societies as the holders of rights, to be respected and enforced, in times of war and peace.