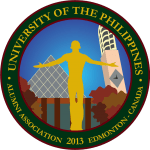 A Statement from UPAAE: University of the Philippines Alumni Association Edmonton

Stop the Assault on UP Academic Freedom!

On Monday, January 18, 2021, the Department of National Defense (DND) unilaterally scrapped a long-standing agreement with the University of the Philippines.  The 1989 UP-DND Accord bars any military and police presence in UP campuses without prior consent from the university’s officials. Defense Secretary Delfin Lorenzana defended the DND’s move, citing that the state university has become “a safe haven for the enemies of the state.” Furthering this baseless accusation is the claim that the agreement had been a hindrance to operations against communist rebels, especially recruitment of cadres in UP. This termination signals an intent to deploy, but not post, state security forces for counterinsurgency operations in the state university.

UP president Concepcion warned that the termination of this decades-old agreement “may result in worsening rather than improving relations between our institutions, and detract from our common desire for peace, justice, and freedom in our society.” The UP Office of the Student Regent criticized the move “as an attempt to encroach on our academic freedoms and remove safe spaces from our campuses.”

UPAAE is deeply concerned by this blatant assault on UP’s academic freedom enshrined in the UP Charter under Republic Act No. 9500 dated April 29, 2008,  “AN ACT TO STRENGTHEN THE UNIVERSITY OF THE PHILIPPINES AS THE NATIONAL UNIVERSITY.”

We ask UPAAE members and friends to join in solidarity with UP students, faculty members, alumni and alumnae in all UP campuses in denouncing the termination of this agreement. This infringement of academic freedom and democratic space that the UP System has enjoyed for many decades is meant to silence dissent,  open exchange of ideas and put more lives at risk.