Those who signed the initial letter to President Biden, calling for humanitarian aid and protection for Afghan women in the wake of the withdrawal of US and NATO troops, were heartened by Edith Lederer’s article published in the Washington Post. We repost it below for your information, and as a reminder that the letter to Ambassador Linda Thomas-Greenfield is also posted for signatures to be forwarded to the ambassador as noted in the letter.

UN Security Council Resolution 1325 on Women, Peace and Security, cited by Lederer, was unanimously adopted in 2000. It obliges member states to provide protection to women in conflict situations. Like all legal norms and standards, its utility lies in its application to actual situations. Civil society initiated and led the movement for the adoption of the resolution, and has been working for the enactment of National Plans of Action designed to implement it. Civil society is now mobilizing to move UN member states to apply its principles in Afghanistan. The protection provision, reiterated in the Compact on Women, Peace and Security and Humanitarian Action, recently launched at the Generation Equality Forum, also provides the grounds for the UN to deploy peacekeepers. 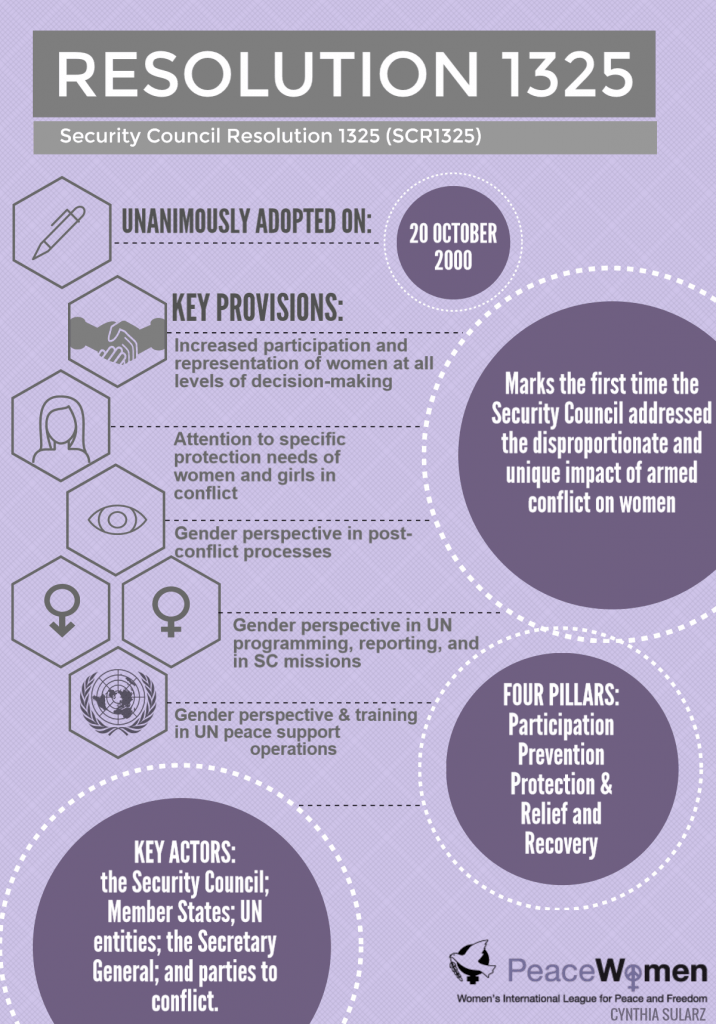 Norms, like muscles, function most effectively when regularly used. While reinforcements, such as the multiple Security Council resolutions adopted to specify the principles of 1325, keep the resolution viable and more precisely relevant to women’s rights and needs, it must be applied to specific cases to achieve its purposes, and demonstrate the authenticity of the commitments that member states made to its principles.

Two other 1325 principles are also in need of application in this and the multiple conflicts that plague the international community; participation and prevention. If a truly inclusive and effective settlement is to be reached, women must be full and equal participants in the process. If such a process is to unfold, further violence must be prevented through observance of a ceasefire. All parties, combatants, and others involved should pursue an end to hostilities so that the Afghan people can themselves undertake the building of their future. The international community must fulfill its responsibility to support them in making such future building possible.

UNITED NATIONS — Women’s rights supporters and faith leaders are calling for a United Nations peacekeeping force for Afghanistan to protect hard-won gains for women over the last two decades as American and NATO forces complete their pullout from the war-torn country and a Taliban offensive gains control over more territory.

Under the Taliban, women were not allowed to go to school, work outside the home or leave their house without a male escort. And though they still face many challenges in the country’s male-dominated society, Afghan women have increasingly stepped into powerful positions in numerous fields — and many fear the departure of international troops and a Taliban takeover could take away their gains.

In a May 14 letter obtained by The Associated Press, 140 civil society and faith leaders from the U.S., Afghanistan and other countries “dedicated to the education and rights of women in Afghanistan” asked U.S. President Joe Biden to call for a U.N. peacekeeping force “to ensure that the cost of U.S. military withdrawal from Afghanistan is not paid for in the lives of schoolgirls.”

The letter also asked the U.S. to increase humanitarian and development aid to Afghanistan “as an important security strategy” to strengthen women and girls and religious minorities like the Hazaras. Three bombings at a high school in a Hazara neighborhood in Kabul on May 8 killed nearly 100 people, all of them Hazara and most of them young girls just leaving class.

The signatories blamed the Trump administration for failing to honor a U.N. Security Council resolution adopted in 2000 demanding equal participation for women in activities promoting global peace “by refusing to insist that women were part of the peace talks” with the Taliban.

Sakena Yacoobi, founder of the Afghan Institute of Learning which runs schools across 16 provinces, is quoted in the letter as saying: “For 20 years the West told the women of Afghanistan they are free. Free to learn, to grow, to be a human being independent of men’s expectations of who they are.”

“What the Taliban did in the 1990s was bad enough,” she said. “What will they do now, with a generation of women taught to expect freedom? It will be one of the greatest crimes against humanity in history. Help us save them. Please. Help us save who we can.”

In April the Taliban promised that women “can serve their society in the education, business, health and social fields while maintaining correct Islamic hijab.” It promised girls would have the right to choose their own husbands, but offered few other details and didn’t guarantee women could participate in politics or have freedom to move unaccompanied by a male relative.

Deborah Lyons, the U.N. special envoy for Afghanistan, told the Security Council on June 22 that “preserving the rights of women remains a paramount concern and must not be used as a bargaining chip at the negotiating table.”

In a follow-up letter on July 12 to U.S. Ambassador Linda Thomas-Greenfield, a wider international group expressed deep concern “for the lives and well-being of the people of Afghanistan, especially women and girls now under great threat” and called for a U.N. peacekeeping mission to deploy to Afghanistan “as soon as practically possible.”

The signatories said they are convinced the 2000 Security Council resolution obliges U.N. member states “to protect women in such circumstances.”

The United Nations has a political mission in Afghanistan. A U.N. peacekeeping mission would have to be approved by the Security Council, where the five permanent members — the U.S., Russia, China, Britain and France — have veto power.

A U.S. mission spokesperson did not respond to a request for comment on the call for a U.N. peacekeeping force, instead stressing Thursday that the Biden administration will continue to support Afghan forces and U.S. “diplomatic, humanitarian and economic engagement in the region.”

“We are putting our full weight behind diplomatic efforts to reach a peace agreement between the Taliban and the Afghan government,” said the spokesperson, who could not be named, adding the U.S. remains the largest aid donor to Afghanistan and continues to support the U.N. political mission known as UNAMA.

Betty Reardon, Global Campaign Co-founder, has entered her 90th year of life, officially turning 90 next June! We invite you to help us celebrate and honor Betty by joining our special “$90k for 90,” 9-month fundraising effort to help sustain our critical work spreading peace education. [continue reading…]

Two Peace Researchers will work together with four Women PeaceMakers Fellows to document the peacebuilding strategies and challenges they face in their work to end cycles of violence. The Women PeaceMakers program is based at the Institute for Peace and Justice (IPJ) at the University of San Diego’s Kroc School of Peace Studies.  [continue reading…]

“Let Us Examine Our Attitude toward Peace”

This article is the first in a series exploring Betty Reardon’s six decades of peacelearning. Here Betty comments on her 1968 co-edited collection on world order: “Let Us Examine Our Attitude toward Peace: An Inquiry into Some of the Political and Psychological Barriers to World Peace.” She asks readers how the 1963 discourse on disarmament and the abolition of nuclear weapons by Pope John XIII and President John F. Kennedy might remain relevant to peace educators today. [continue reading…]